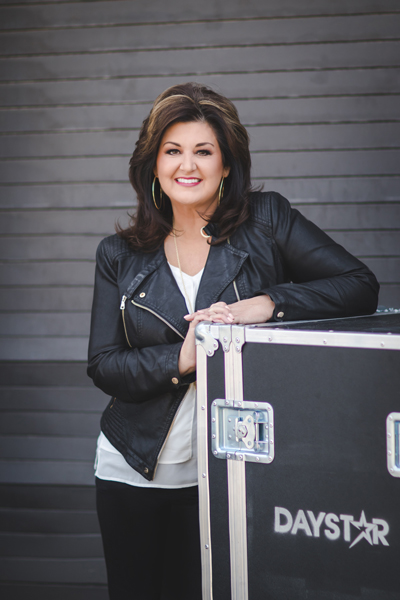 Refreshing, entertaining, amusing and provocative — words best describing Joni Lamb, one of America’s leading ladies in television. Joni is a dynamic television executive, producer, singer, author, and talk show host. She and her husband, Marcus Lamb, founded Daystar Television Network and have labored together for over 30 years broadcasting the Gospel through television. The network reaches over 108 million homes in the U.S. over all major cable carriers and satellite systems. Globally, Daystar reaches over 2 billion viewers in every country around the world on a daily basis. Daystar is the fastest growing faith-based television network in the world!

Joni is the Executive Producer and host of her daily talk show, “Joni Table Talk,” which addresses relevant, Godly solutions for today’s complex problems. Joni displays the gentle nature of a lamb but the strength of a lion when defending the Word of God on difficult, issue-driven shows. Her uncompromising values have won the respect of millions worldwide. To date “Joni Table Talk” has received 10 Telly Awards, 3 Lone Star Emmy Awards, 6 Lone Star Emmy Nominations, and 5 Daytime Emmy Nominations.

Joni also co-hosts Daystar’s daily, live, flagship broadcast “Marcus & Joni” with her husband, Marcus. In addition, but not the least of Joni’s accomplishments, is the love and care she gives to her husband and children, Jonathan, Rachel and Rebecca. Her role as a mother and wife is her foremost responsibility and calling. Joni is a sought after conference speaker and singer, and ministers frequently Marcus throughout the country.